As was expected, the NBA world was set on fire Sunday afternoon amidst the free agency decisions of Kevin Durant, Kyrie Irving, Kemba Walker, and other high-profile stars around the league. While several teams proceeded to spend big money on free agents, the Wizards, who didn’t have much money to spend anyways, largely stayed patient.

Their only move on Sunday night was to re-sign RFA Thomas Bryant. On the second day of free agency, Washington agreed to deals with veteran point guards Ish Smith and Isaiah Thomas. The Wizards will likely make more moves in the coming days, but for now, let’s grade the moves they’ve made in free agency through three days.

Be sure to stay tuned and return to this post for updated grades in the near-future, should the Wizards sign more players. 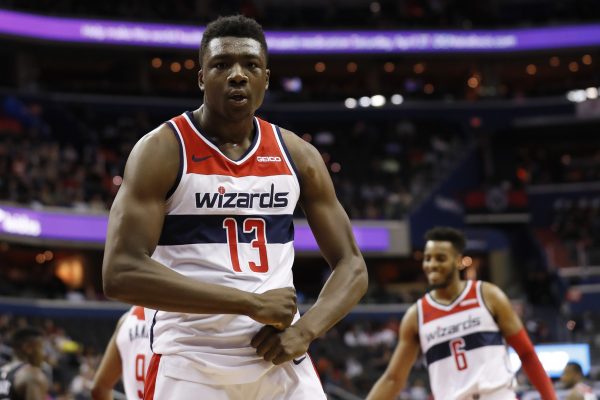 Bryant was labeled the Wizards “highest priority” in free agency and it was clear that was the case. Washington met with Bryant Sunday evening and it didn’t take too long for the two sides to reach an agreement. Bryant was restricted but didn’t bother entertaining any other offers, and interim GM Tommy Sheppard retained the 21-year-old on a three-year deal worth $25 million. Frankly, it was surprising to see the price tag on the contract given how the center market shaped up.

Nikola Vucevic agreed to a four-year, $100 million contract with the Magic, Jonas Valanciunas is set to make $45 million over three years, and the Bucks gave Brook Lopez a $13 million per-year salary. Is Bryant in the same tier as these guys?  Certainly not Vucevic, and while he may not be quite as good as Valanciunas and Lopez, Bryant is significantly younger and possesses higher upside. The fact that Washington was able to re-sign him at roughly $8-9 million per year is impressive and his contract is a bargain, all things considered.

Bryant was one of the Wizards most impactful players last season. In just over 20 minutes per game, the talented big man averaged 10.5 PPG, 6.3 RPG and nearly one block per game, too. He was one of the most efficient players in the league around the basket and on top of his 61.9% field-goal percentage, he shot 78.1% on free throws and canned 33 three-pointers. Bryant exceed everyone’s expectations after being claimed off waivers and earned every penny on his contract. He has a great relationship with Bradley Beal and Troy Brown Jr, too, and it’ll be exciting to see him continue to improve over the next several years. 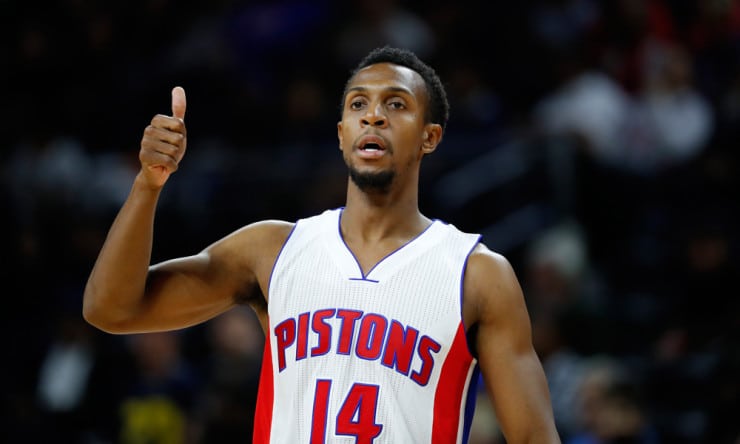 We knew the Wizards could potentially need point guard help if Tomas Satoransky, a restricted free agent, priced himself out of Washington’s range. Early Monday morning, the Wizards agreed to a deal with veteran guard Ish Smith on a two-year, $12 million contract. Just minutes later, ESPN’s Adrian Wojnarowski announced that the Wizards had agreed to a sign-and-trade with Chicago for Satoransky, who signed a three-year, $30 million deal with the Bulls. It’s clear the Wizards knew Satoransky wanted to sign elsewhere and they wasted no time finding his replacement. Good work on the part of Sheppard for getting some draft capital in return for Sato, too.

As for the Smith signing, I’m a bit indifferent on the acquisition. Smith, 31, is entering his 10th career season, but the Wizards will be the 12th team he’s played on. After bouncing around the league for the majority of his career, Smith settled into a backup role in Detroit, where he played the past three seasons. Smith is a veteran and while he can really push the ball in transition and create for others, he’s undersized and doesn’t defend nor shoot well from distance. It’s not as though the Wizards signed him to an overpriced contract, but giving fully guaranteed money to Smith is a bit of a head-scratcher.

Smith is an okay player, but Quinn Cook, who the Wizards were reportedly interested in, would have been the more preferred option. Hopefully Smith will prove me wrong and play well for Washington, but betting on anything significantly more than replacement-level production is a risky proposition. At the very least, there’s very little risk involved and he’ll bring some added depth/stability to the PG position. Smith wasn’t the only point guard signing the Wizards made on Monday, and he ended up being the less-glamorous of the two. After reported interest in former All-NBA guard Isaiah Thomas, the two sides came to an agreement on a one-year deal for the veteran minimum. Thomas, 30, was looking for an opportunity to re-discover himself after a rough stretch of seasons in Cleveland, Los Angeles, and most recently, Denver. Since being traded by the Celtics, Thomas has struggled with injuries and relatively ineffective play. He’s appeared in just 44 total games over the past two seasons, averaging 13.3 PPG and 4.0 APG on 36.7% shooting, as well as a putrid 29% shooting from three-point range.

On the surface, these numbers are, well … bad. However, context is important. Thomas hasn’t been 100% since undergoing hip surgery last offseason and has found himself in situations that were not exactly ideal. He worked his way back from injury last season after signing a one-year deal with the Nuggets but suited up in just 12 games. Thomas wasn’t active until midseason and given Denver’s loaded guard depth, inserting him into the rotation could have disrupted the team’s rhythm – a risk HC Mike Malone didn’t want to take. In Washington, “IT” will certainly get his opportunity to prove doubters wrong and work his way back to being the player we saw in Boston.

In the 2016-17 season, Thomas was one of the best offensive players in the league. He averaged 28.9 PPG and 5.9 APG, earning an All-NBA selection. Wizards fans became all too familiar with Thomas’ capabilities, as he torched the team for a career-high 53 points in the playoffs. Thomas’ heroics helped the Celtics defeat the Wizards in seven games. Now, he’ll be suiting up for his former rival. Signing Thomas is a low-risk, high-reward type move. If he can re-discover even some of the magic he captured three years ago, it’ll turn out to be maybe the biggest steal of free agency. If Thomas looks more like the player we’ve seen recently, he’s only signed to a one-year deal on the minimum, so there’s essentially no risk involved. Whether he starts or comes off the bench remains to be seen, but Thomas could wind up being the offensive spark plug Washington needs next to Bradley Beal.

Is John Brown Primed for a Big Season?

Wizards to Sign Ramon Sessions for Rest of the Season

Make Sure to Remember the Name Dee Barnes